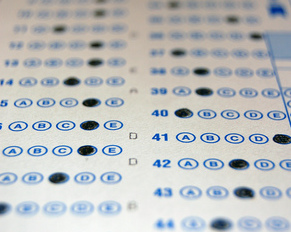 In the spring of 2017, for the first time in state history, all high school juniors in Nebraska took the ACT. All other states that have mandated the ACT have seen a cliff-like drop in their average score that first year. Nebraska’s average ACT score has now fallen as well, a logical result when suddenly every junior takes the test.

The happy news is that most states then experience steady score increases after that first year.  Colorado fell in its first year mandating the ACT from a 21.5 to a 20.1, but seven years later had the average score back up to 20.8 with 100% taking the test.  Illinois’ experience was similar: dropping from a 21.6 to a 20.1 year one but increasing it to 20.9 nine years later with a full 100% of students taking the ACT. 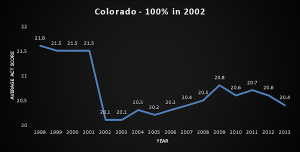 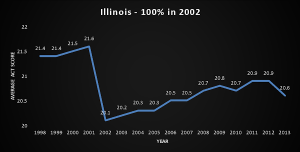 As schools fine-tune their efforts and more students learn of the ACT’s impact on college choices and scholarships, scores climb.

Nebraska and its schools should be applauded for bravely embracing this ACT initiative that initially lowers average school scores but helps students. Nebraska’s former NESA test for juniors did not affect those students’ futures. Many knew that and behaved accordingly. By contrast, increasing an ACT score is the best paying job a high school student could have.  Jumping from a 22 to a 26 should trigger a four-year, full tuition scholarship at Wayne, Peru, or Chadron State.  Increasing from a 27 to a 31 could trigger a four-year Regents Scholarship at UNL, UNO, and UNK, saving a family about $35,000 over four years. Increasing the ACT by three points should decrease the cost of Nebraska Wesleyan, Doane, Concordia, Hastings, and Midlands annually by thousands.

Further, mandating the ACT or SAT increases the likelihood that high school graduates will attempt college. Researchers found that, overall in Maine, “the policy to mandate (the test) for all students increased four-year college going rates by 2 to 3 percentage points. For students who sat for the exam because it was given during the school day (as they do in Nebraska) college enrollment increased by 10 percentage points.” (2)

And remember these are juniors taking the ACT.  Twelve months later a much higher percentage will be college-ready. In the meantime, these results provide data for schools to attack shortcomings with strengthened curriculum.

Nebraska educators have embraced a bold ACT mandate that initially lowers average scores and thus invites criticism. To assess progress, to persuade more students to attend and graduate from college, and to help them win bigger scholarships, Nebraska now requires that all juniors take this test. As a result, we are no longer one of the top ACT scoring states in the country—Nebraska’s class of 2017 had an impressive 21.4 average with 84% taking the test. What other professions would similarly sacrifice public relations for principle? What professions do what is best for their constituents even if it invites criticism?

John Baylor is a father, husband, author, Stanford grad, broadcaster, and owner of OnToCollege. The mission of OTC is to help families and schools create two- and four-year college graduates with minimal debt. You can listen to the John Baylor on the OnToCollege Show by subscribing on iTunes or by going to https://www.ontocollege.com/theshow/. The show also runs on Nebraska stations  KNCY (1600 AM) in Nebraska City, KLIN (1400 AM)in Lincoln. Check listing for days and times.