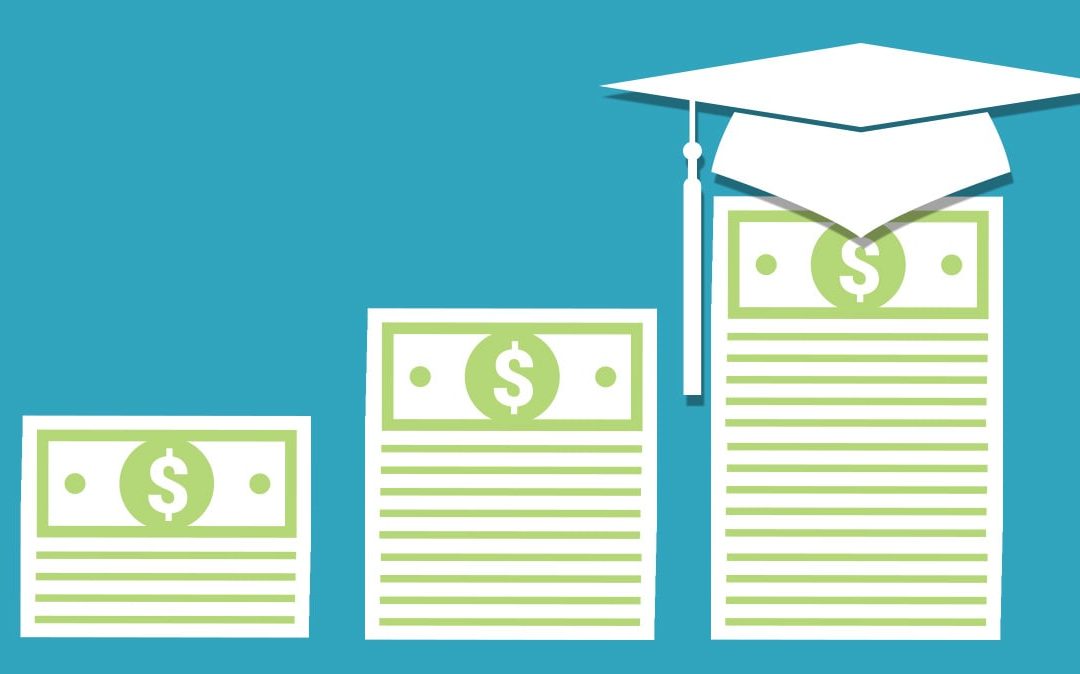 Though parents should be focusing on funding their own retirement, too many are sabotaging their financial health with burdensome student loan debt: private debt or Parent PLUS loans. Last year, the average PLUS loan balance was $35,600. Nearly one in three parents with PLUS loans struggled making at least one payment over five years; one in nine were in default.

Compared to student loans, Parent PLUS loans have higher interest rates and fees and fewer options for repayment. Parent Plus loans are tempting because they have no borrowing cap (other than cost of attendance minus other financial aid). Parent PLUS loans are NOT the best answer for financing your child’s education.

Still, Country Financial reports that 56% of parents are willing to go into debt to pay their child’s tuition, even $31,000 in debt.

Should parents pay for college?

Instead of jeopardizing their own financial well-being, parents should direct their student to pay at least $8,500 each year. Students should contribute at least $3,500 annually from personal earnings and borrow no more than $5,000/year– in direct Stafford loans at only 4.529%. Families with less than $160,000 in pre-tax income may also qualify for the full $2,500/year American Opportunity Tax Credit.

Other ways to lower college costs

And students can do even more to lower college costs. Grades, scores, and one extra-curricular activity during high school can trigger big scholarships. Increasing that ACT score and GPA is the best-paying job a high school student can have.

Becoming an informed, savvy college shopper is another prerequisite for finding the right college at the right price, allowing mom and dad to avoid student debt. Dozens of four-year colleges cost less than $24,000/year, everything included, and many cost under $16,000/year. Subtract the student’s annual contribution—$11,000/year—and college can truly be affordable.

Most parents know that college can be transformative. Too many believe it’s worth jeopardizing their own standard of living and/or retirement. Those parents don’t fully appreciate that $11K Paves the Way or the impact of higher grades, scores, an extra-curricular, and becoming a savvy college shopper.