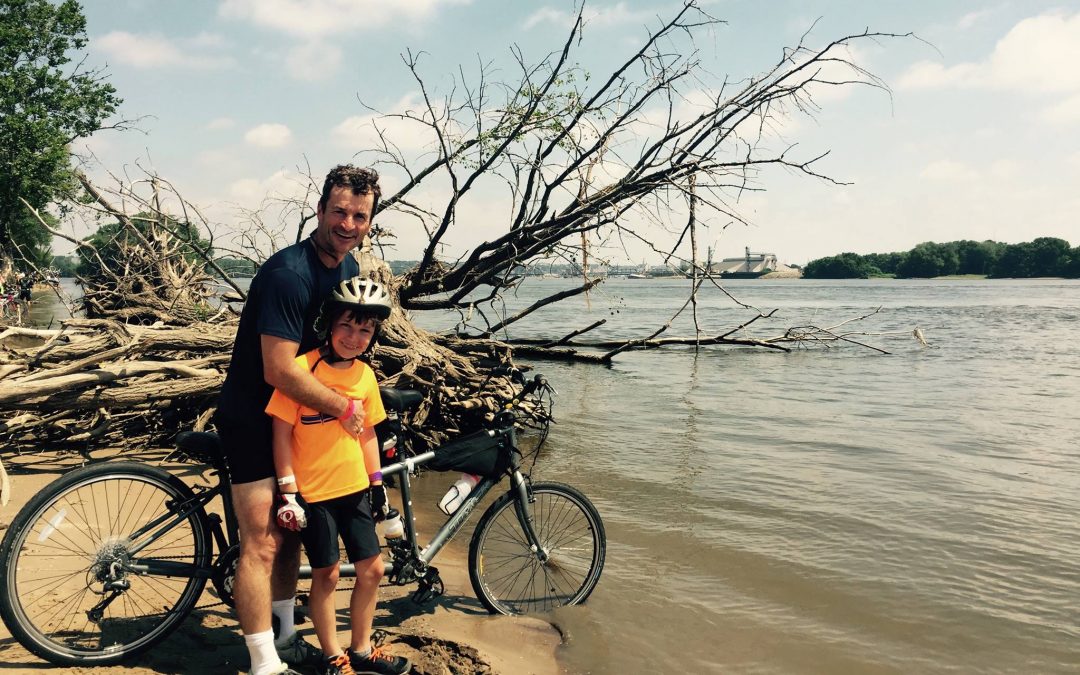 Growing grit is an important skill for children to master.

“I thought it would be more fun than this.  I would have never let you bring me if I’d have known it would be like this.”

These words poured forth from my soaked and shivering 14-year-old daughter as she sobbed on my shoulder in the Brunswick, Nebraska Community Center. We were ten, cold, rainy, windy miles into our 55-mile bike ride with 500 others, day one of Tour de Nebraska.

I’ve pulled a trail bike or shared a tandem bike with a child of mine on at least five such summer rides. Each of my three children had his or her first multi-day ride at age eight. I never asked them; I just signed us up.

These rides build quads and character. They take some planning and money, but not much of either. Most states sponsor such rides. With long days on two-lane roads, these rides wind through small towns, each filled with kind people offering smiles and home-made food: pancakes, pastries, baked potatoes, salads, and burgers. At the end of most days, we set up our tent and find the local swimming pool before a scrumptious dinner. We eat a lot of rhubarb pie on Tour de Nebraska.

An entire category of academic research has arisen around the concept of growing grit. Our culture doesn’t seem to have as much as we used to.  While my father’s generation turned back the Nazis, today so many of us struggle with struggle.  Ninety percent of two-year college students do not get their degree on time—within two years. Seventy percent do not get their two-year degree within three years.  Forty-five percent of all college students never graduate. Worse, many of these degree-less students carry heavy student debt.

Teachers often tell me that their students are fragile. In my childhood, not only did parents rarely intervene at school, adults were rarely present when we played. Chaperoned childhoods hadn’t begun yet.

So how do we get our children to be stronger, grittier?

It struck me, probably while peddling between Lynch and Niobrara, Nebraska, that growing grit may not be as complicated as the professors think. Activities that require effort and accountability work well, especially if there’s no easy out. My daughter and I had to persevere.  We had to peddle on until the clouds gave way to the sun. When teaching, I can often recognize the musicians. They have self-assurance, earned from a youth spent working alone on a task that requires sustained effort. Cross-country runners, wrestlers, golfers, and tennis players seem so prepared for life, armed with an inner strength and drive forged by personal accountability and hard work.

As I shared our tandem bike with my daughter, many fathers rode by and lamented that they couldn’t imagine their teen-age children agreeing to join them on this rigorous ride. Maybe we shouldn’t ask. Maybe we should insist they regularly attempt tasks requiring effort and accountability, with no easy way out.

That sobbing daughter that first day actually smiled throughout most of the rest of our 200-mile, five-day, rolling odyssey on asphalt. She’s stronger for it.